Updates to Bob's profile since your last visit are highlighted in yellow. 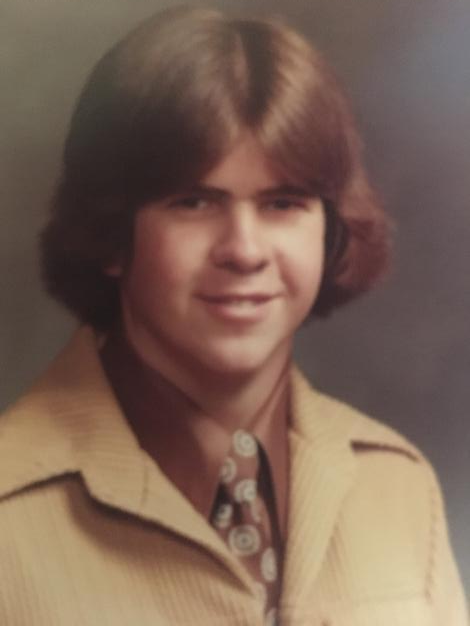 Doing the bonsai run in my brothers 57 Chevy in front of the School.

He obtained his insurance, real estate broker and investment broker license, and worked for Gateway Realty. He became a career agent with the Marr Agency with Ohio National. He obtained "VIP of the Year" his first full year.

He joined AmFirst Financial Services in 1993.

He moved to Telluride and spent the last three years as the residence manager for exclusive resorts at the Heritage Crossing in the Mountain Village.

He is survived by his daughters, Jessica of Sioux Falls, S.D., and Courtney of Lincoln; and one sister, Kristin Snare and husband, Michael of McCook.

His body was cremated in Montrose, Colo., and a private service was Dec. 23, at First Congregational Church in McCook, with the Rev. Phil Ewert officiating.

A memorial education fund has been established for his daughters at McCook National Bank, P.O. Box 1208, McCook, NE 69001.

Allen was born on Feb. 12, 1957, to Duane and Laura (Deeds) Meyers in McCook, Nebraska. He graduated from McCook High School in 1976 and from Western Nebraska Technical College in 1980. On May 23, 1981, Al married Jamie Wright and they made their home in Casper, Wyoming. In 2001, they moved to Soldotna, Alaska, and in September 2013, relocated to Longmont, Colorado.

Allen was a well-respected and dedicated professional who was employed in the petrochemical industry for 34 years. He had design, fabrication, maintenance, and safety expertise and worked extensively as an inspector for mechanical integrity and as a project manager. He held several American Petroleum Institute Inspector Certifications including API-510, 570, and 653. During his 34 years in the industry, Al had the opportunity to contribute his expertise to Nelco/CoNel/Process Fabricators, Sterling, Colorado; Sinclair Oil Corporation, Casper, Wyoming; and Tesoro Alaska Company, Kenai, Alaska. Al retired from Tesoro in 2012 and continued consulting and working in the industry until the time of his death.

Besides his many professional accomplishments, Al might be best remembered for how he loved and lived life. He was a devoted family man and exceptional friend. He never met a stranger. He was an avid fisherman who enjoyed fishing with friends and he was a world traveler. He had the opportunity to visit all 50 states and several countries abroad. Al was a true renaissance man who could do anything and do it well. He was also a long-time member of the Elks Club. He was loved dearly and will be missed by all who knew him.

Allen was preceded in death by his father, Duane; mother, Laura; and brother, Gene of McCook, Nebraska; and father- and mother-in-law, James and Icyle Wright of Culbertson, Nebraska.

A memorial service celebrating Al's life will be Saturday, May 24, 2014, in McCook, Nebraska. Details will follow at a later date and will be posted to his memorial website.

Memorials may be made in his name to the American Heart Association.

She was born April 18, 1961, to Earl D. and Letha M. (Stephens) Svoboda at Seward. She attended grade school in Norton and McCook Public School and graduated from McCook High School in 1979. She attended college to become a Para-legal.

She married Rodney Sawyer in Las Vegas, Nev., on May 21, 1990. She was a charter member of the McCook Evangelical Free Church.

She was preceded in death by her mother and father-in-law, Lorence and Dorothy Sawyer, and brother-in-law, Gary Sawyer.

Memorials may be given for her daughters' educations.

Friends may sign her book at the funeral home or send condolences online at www.carpenterbreland.com.

Carpenter Breland Funeral Home of McCook is in charge of arrangements.

He had lived in McCook all his life. He graduated from McCook High School in 1976. He enjoyed music, TaeKwonDo, fishing, sports, and especially Husker football.

He worked at Parker-Hannifin (formally Dayco) and had celebrated 20 years of employment on May 29, 2004.

He was a member of the First Congregational Church.

He was preceded in death by his parents; grandparents Edward & Iverna (Dimond) Grafel and Nile and Opal McKillip.

In lieu of flowers, memorials may be given to the Rodney McKillip Memorial Fund.

Friends may sign his book at the funeral home or send condolences on-line at www.carpenterbreland.com

My brother, Scott Alan Lorentz (77')
Back to Bob's Profile Details