Updates to Karen's profile since your last visit are highlighted in yellow. 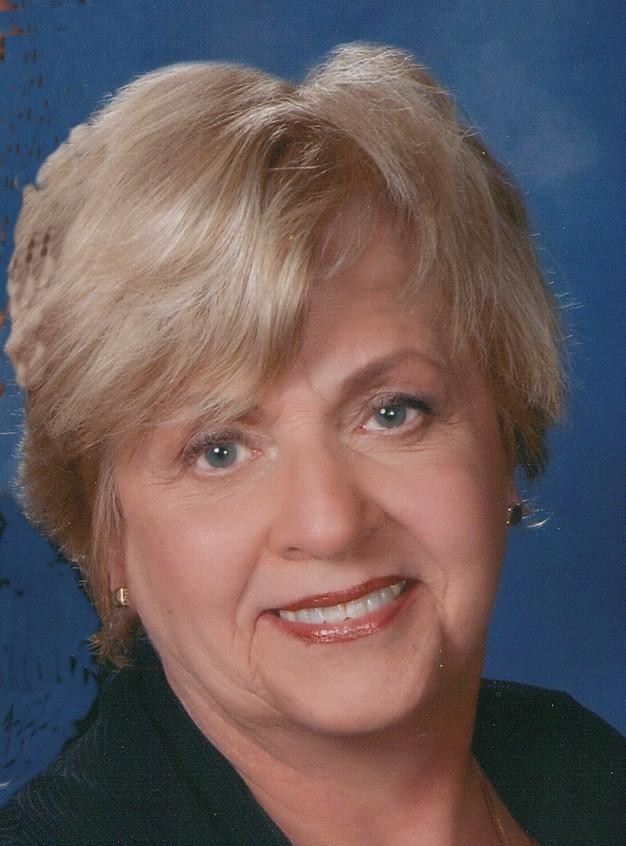 I, Karen Meister moved from McCook in the middle of my junior year in MCHS, January 1959 as my Father, C J was transferred to work in St. Paul, Nebraska for the Bureau of Reclamation. My Mom, Harriet, and Dad decided it would be best for my sister, Mary, and I to attend a larger school, so we moved to Grand Island.

I graduated from Grand Island Senior High School. One of my highlights attending school there was to be elected in my Senior year the Student Council Secretary-Treasurer.

I then attended Kearney State College in 1960. In 1963 I married Jerry Muehling, a music teacher. I majored in Business and English and graduated from Kearney State College earning my Bachelors Degree in 1964. My husband and I taught in different schools in Nebraska - Battle Creek, Valparaiso, Edger-Fairfield (Sandy Creek), and Ogallala. During those years we had 2 sons, Mike and Andrew. In Ogallala I was the business Middle School and High School Instructor. I was fortunate, in that I was on the ground floor of computers, so became Ogallala School District's first Technology Coordinator, implementing IBM compatible computers into the system.

In 1986 I earned my Masters Degree in Counseling from the University of Nebraska at Kearney.

I met my husband, Bill Petersen, who was the Information Processing Manager of TRW in Ogallala Nebraska. We married in 1986. During our years of marriage, we have been partners in family and work. We have raised 4 sons together.

Bill helped me with the technology in Ogallala's school district. We then both worked in Marshall, MN for Schwans Sales Enterprises as Managers in the IT Department. Later we both were managers at Gateway Computers in North Sioux City, South Dakota.

In 2000, we decided to retire and moved to Sun City Grand, (Surprise, AZ) which is Northwest Phoenix. Retirement did not last long - bridge and golf every day was not Karen. I decided that my enjoyment of life is working, so I became a Realtor for Ken Meade Realty, Inc. that has anywhere from 300 - 400 Realtors. Bill joined me in the business, and THE PETERSENS TEAM was formed in 2002. We specialize in the adult communities (55+).

Our family consists of 4 sons, Mike and Andrew Muehling, Derek and Daren Petersen. Mike lives in Lincoln, Nebraska and works as a financial advisor. He is getting married this summer for the first time to Becky Johnson who has a daughter Gracie. Andrew lives in Seattle, Washington and works as a Medical Consultant. Derek lives in Lincoln, and is an Auditor for the State of Nebraska. He has 3 daughters, Cassandra, Kaylee and Katie ranging in ages 19 – 12. Daren lives in Omaha and is Project Construction Supervisor for McCarthy. Daren and his wife Nicki have two daughters, Abby 6 and Hannah 3. For 16 years we have had our two dogs, Dakota and Ms. Dunes who each day make us laugh as they are so full of personality.

In summary, I have been very blessed with family, friends, health and work. I believe the foundation of growing up in Nebraska and living with a family that liked people, laughed a lot, and could laugh at oneself gave me a good foundation. I am fortunate to have my sister Mary who as my husband says is truly a very nice person. Sadly, my brother Ron died several years ago as did Mom and Dad, but I hold many wonderful memories of them all – laugh and cry at the same time. Many of you are in my memories as well and hope to be able to have more good memories added.